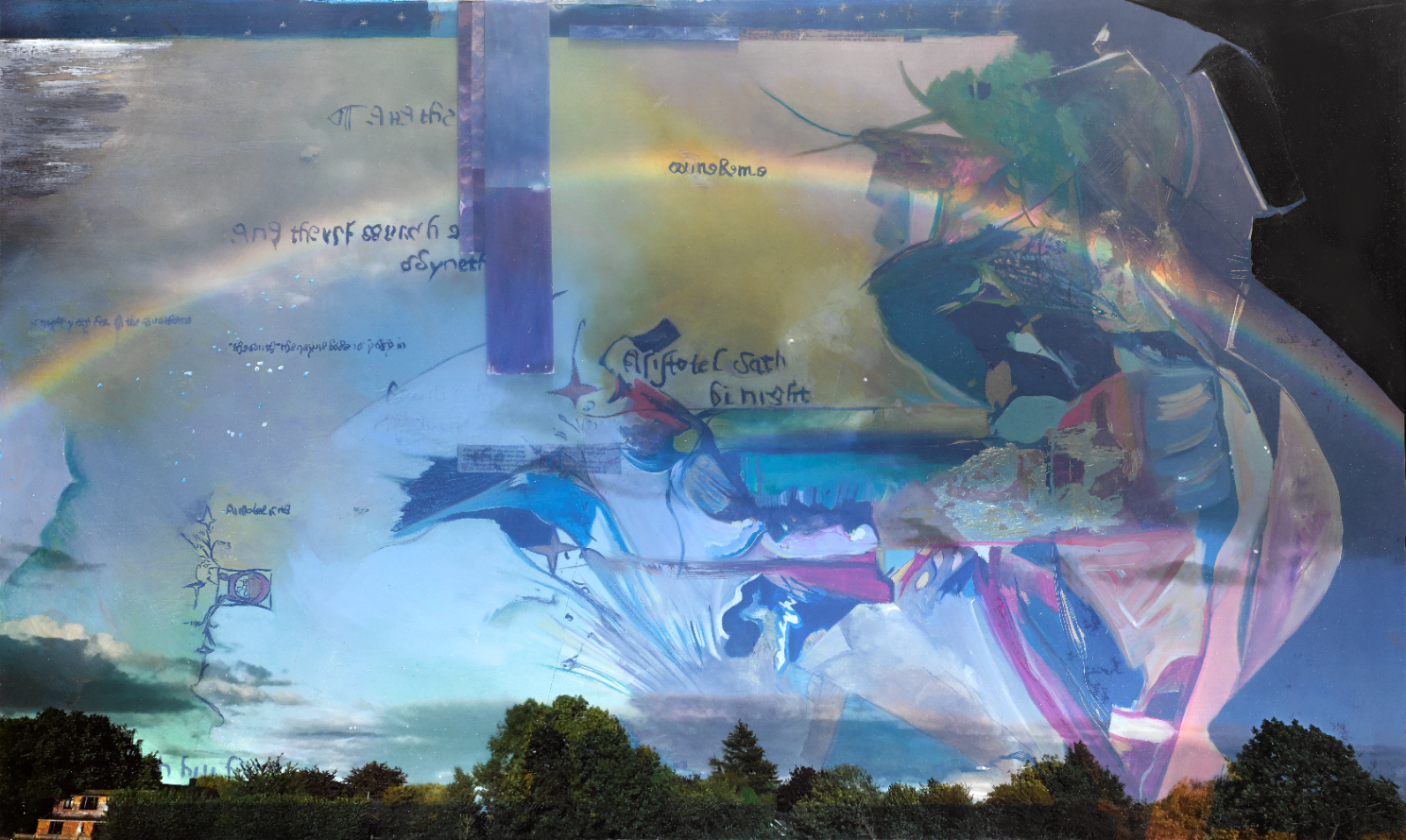 Posted at 08:27h in blog, Uncategorized by John Mellerio
Share

The research and making of a new painting

The focus of the research at the Royal College of Art was focused on a piece/fragment of manuscript. This piece of manuscript was a translation of ‘De proprietatibus rerum’, by Bartholomeus Anglicus, from Latin to Old Gothic in 13th century. The fragment is held in the Royal College of Art’s Colour Reference Library (CRL. The fragment contains a beautiful transcript regarding the rainbow. 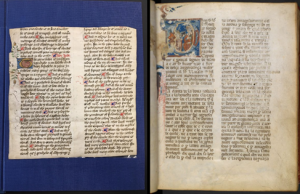 The fragment above reads as Bartholomeus’ revealing his awe at the sight of the rainbow and recalling the colours of it. 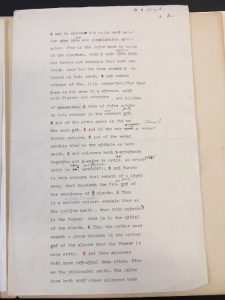 He is also amazed that his observations match those of other great philosophers, in particular, Aristotle.

Bartholomeus Anglicus is credited with writing and producing the first encyclopaedia in the world. This encyclopaedia however is also a research tool by Bartholomeus of all known areas of knowledge which he personally understood. It is a heady mix of personal rapture, contextual sources and the knowledge of the 12th century.

Here in the typed copy is the ‘English’ translation by Trevisa of the manuscript, an Old Gothic translation from the original ‘De proprietatibus rerum.

I also visited The British Museum to read an original manuscript of ‘De proprietatibus rerum’, beneath is its first page: 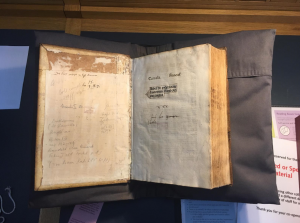 ‘De proprietatibus rerum’ original in Latin at The British Library

This photo above shows the oldest copy of De proprietatibus rerum, that The British Library own. This folio was the ‘B’ section. We noted much of the Latin could not even be translated through Google translate!

My research sought to discover the magical; seeking to reveal the invisible and the intangible. Colour is intangible; the colour we see is the discarded portion of the spectrum, according to scientific thinking. This seems extraordinary conceptually to me.

My practice as an artist is involved with a conscious aura, which I see as coloured and intangible. The key research questions which arrived from this work asked, if the aura is conscious, if we contain energy in and around us which is conscious, a biofield, how is the coloured aura involved in the scientifically understood light spectrum of the rainbow? What does colour reveal about light and other dimensions?

The outcome of this research was this painting: 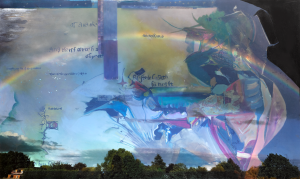