Posted at 12:00h in blog by John Mellerio
Share

Report on a member’s paper

Identifying and understanding the characteristics of colour in observation is a key part of any aspect of color science and measurement. Hue, saturation, and brightness (H, S, B) seem to be distinct and separable aspects of experience, and they have often been treated as such. After all, any color can have almost any brightness, which we measure over a 1:10000 range, even though some colors, like yellow, appear brighter than others, like blue, at equal luminance. Moreover, any specific hue, such as red, can vary in saturation from near white (desaturated) through to red (saturated). (Note: ‘saturation’ is a synonym of CIE ‘chroma’.) 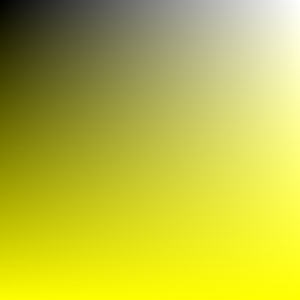 This reinforces the notion that the three terms, H, S, and B, not only reflect different aspects of experience, but different properties of the world around us, ones which can each be controlled in isolation. Turning up the lights in a dim room increases brightness without noticeably altering color; mixing white into a colored paint decreases saturation without much change of hue or brightness.

For this reason researchers have often taken separability of H, S, and B for granted. For example, Arend and I (1986) ignored brightness when measuring color constancy, and Arend (1987) ignored color when measuring brightness constancy. Both constancies are important in daily life, as apparent surface brightness and color are fairly stable despite changes in daylight, helping us to recognize papers or objects visually even when the lighting changes.

As the sun moves, we can capture the change in the color of light by one number, the CCT or ‘correlated color temperature’. Our paper gives the experimental details, but the two sets of coloured squares in the image above illustrate the apparent alterations in colour from daylight simulated at a temperature of CCT=20,000K (left set) to 6,500K (right set). In our study we set our observers the task of adjusting the HSB of the central square so that it appears to match across the two panels ‘as if cut from the same paper’. By understanding what observers’ perceptions are of the HSB adjustments needed, we can work out the relationships between the different qualities.

In this paper, following from an argument I made in 2018, we have shown that it is actually not true that physical color and brightness are independent; both depend on saturation. Some examples make this idea clear: A near-white (desaturated) color chip or paint sample is spectrally broad-band, so variations in CCT will have little effect on its brightness, as light will be reflected no matter how it is illuminated. However, reddening the sky (lowering CCT), for example, will shift the light returned by the sample toward longer wavelengths, reddening it. Hence a hue constancy mechanism, but not a brightness constancy mechanism, is needed to stabilize the appearance of desaturated samples.

The same set of square patches, illuminated by two different phases of daylight. Observers matched the central squares ‘as if they were cut from the same piece of paper’.

However, for a spectrally narrow-band (highly saturated) sample, variations in daylight will vary brightness, but not hue. For example, a saturated red sample will reflect more light from a reddish illuminant than from a bluish one, but will return long-wave (red) light to the eye under both illuminants. So a brightness constancy mechanism, but not a hue constancy mechanism, is needed to stabilize the appearance of narrow-band samples.

The pressures on the two constancy mechanisms will vary between these extremes as saturation varies. Kinjiro Amano and I (2020) have now re-analyzed extensive data in which Foster et al. (2001) obtained both brightness and color constancies from the same 20 observers for the same samples (simulated Munsell chips on a TV monitor). For most observers, color constancy declines with saturation, while brightness constancy improves, as predicted from the physics.