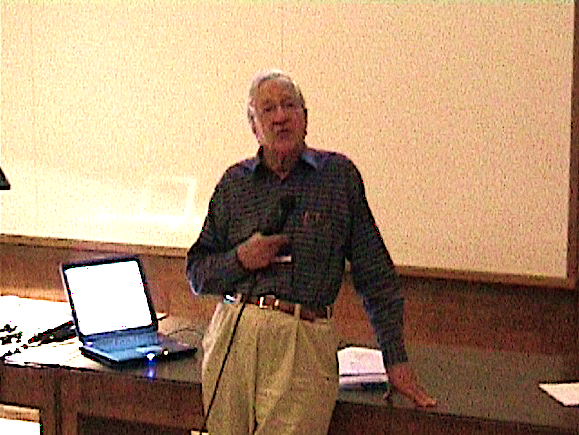 Posted at 07:52h in blog by John Mellerio
Share

Horace Barlow (1921-2020) died peacefully on July 5th in Cambridge surrounded by his family.

Horace Barlow was a pioneer thinker and a founding father of the modern neuroscience; his work and thinking influenced the scientific community for seven decades.  His paper “summation and inhibition in frog’s retina’ (1953, J. Physiol.) was prefiguring the concept of neuron’s responses specificity such as ‘fly detector’. Horace Barlow made rare incursion in the domain of colour vision, but when he did it was to address the fundamental question of the human colour system dimensionality: “What causes trichromacy?  A theoretical analysis using comb-filtered spectra.  (1982, Vis. Res.) whose answer was to be found in the characteristics of natural colour signals.

Horace Barlow will be much missed by those who had the privilege to know him.