The Colour of the Universe 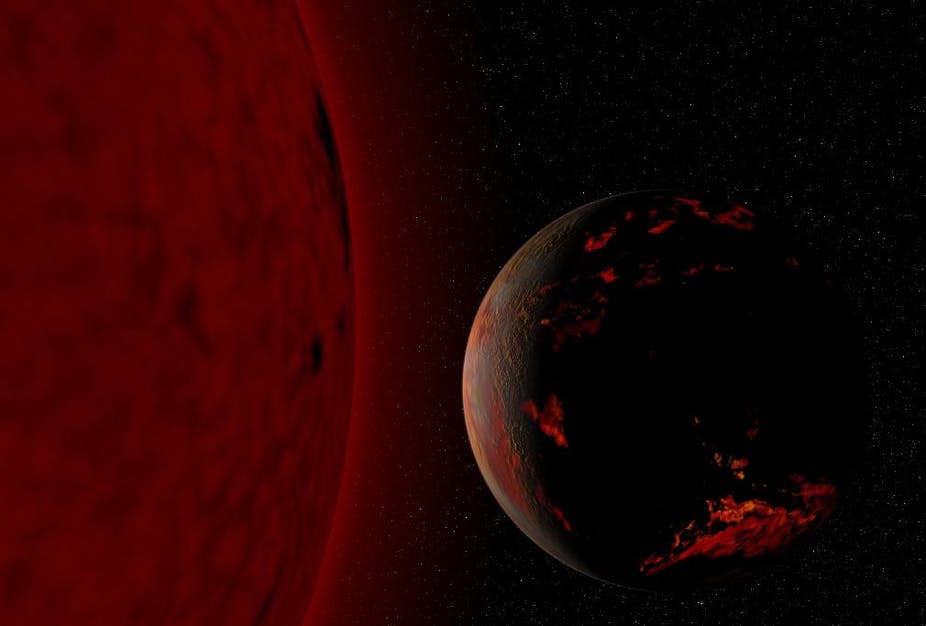 31 May The Colour of the Universe

Posted at 18:00h in blog, Uncategorized by John Mellerio
Share

This piece by Richard de Grijs won second place in the Colour Group (GB) prize for Outstanding Communication on Colour in 2021.

Gazing up at the dark night sky, far away from city lights, it is hard not to be impressed by the wealth of stars we can see. To our naked eye it may appear that all those stars are best described by shades of white and grey. But if you look closely, the Universe is full of colour.

Stellar colours range from bright white to faint red. Those hues tell us how hot the stars are on their surfaces; hotter stars are white and blue, whereas cooler stars are always redder. Hotter stars are also more massive than cooler stars. ‘Nuclear fusion’ allows them to burn through the hydrogen and helium in their cores much more quickly.

Other than stars—and the galaxies composed of them—much of space is filled with ‘gas’ and ‘dust’. What astronomers call ‘gas’ are large, tenuous clouds of atoms, mostly hydrogen. You can only see them if they are heated to high temperatures, and then you would still need X-ray vision. In contrast, astronomical ‘dust’ consists of free-floating solid particles, mostly carbon atoms or ‘soot’. However, unlike the dust that accumulates in your home if you forget to clean regularly, astronomical dust is more like smoke.

Although dust cannot be seen directly, we can observe the impact of dust clouds on the colours of objects located behind them. Most cosmic dust particles have sizes close to the wavelength of blue light. And so these dust particles absorb or reflect away (‘scatter’) a large amount of the blue light that hits them. Only longer-wavelength, redder light can pass through a dust cloud without too many problems.

The effects of gas and dust clouds on the light from objects behind them are often enhanced and exaggerated in the colourful images routinely churned out by the world’s professional observatories, including the Hubble Space Telescope. Unfortunately, however, those eye-catching colours are not ‘real’.

Telescopes like the Hubble usually take their pictures through optical filters—pieces of glass with carefully designed coatings—that only allow light spanning a narrow wavelength range to pass through. So, if we observe images through three different filters, those pictures will show what an object looks like at short, medium and longer wavelengths, all relative to each other. The beautiful, colourful images we see in popular astronomy forums are made by artificially assigning shades of blue to the short-wavelength image, and green and red to the medium and longer wavelengths. No matter how awe-inspiring they may be, the resulting colour images are merely artists’ impressions.

So, if the interplay of different stellar temperatures and the absorption and scattering of light by gas and dust determines the colours we see, can we use that information to convert all of the visible light in the Universe to a single colour? It turns out that the answer is ‘yes’, but we have to make some assumptions.

First, we need to carefully calculate complex physical models describing the recent history of star formation in galaxies throughout the Universe. A galaxy’s dominant colour is largely determined by the time that has passed since its most recent ‘burst’ of high-intensity star formation. This is so, because young stars tend to be hot, massive and, therefore, bright, so they dominate the light we see. Those massive stars will quickly burn through their nuclear fuel—the hydrogen and helium in their cores—and die young, leaving behind older, less massive stars, which are yellow like the Sun, or red.

A complication when observing distant galaxies is that they all tend to move away from us. And the more distant a galaxy is, the faster it seems to speed off. Consider the sound of a police siren for comparison. The high pitch you hear as the officers are speeding towards you turns to a lower pitch (a longer wavelength) once they have passed. Similarly, galaxies speeding away from us have their light stretched to longer wavelengths. And so their colours will be redder than they are in reality, if they weren’t moving. This phenomenon is known as a ‘redshift’. The numerical value of a distant galaxy’s redshift is a pretty good indicator of its distance.

Now, to determine the colour of the Universe as a whole, we will assume that galaxies are not moving and that they are all placed together in a single box. We then move our telescope out of focus, so that all of the light from the entire Universe leaves a single, blurred image on our detector. The average colour of that image would be a very pale, mostly orange tan nicknamed ‘Cosmic Latte’.

You should realise that this is only today’s colour of the Universe. It will change over time, as the Universe continues to cool down. This will happen on timescales of millions of years; it won’t be noticeable during our lifetimes. Today, the temperature of the ‘cosmic microwave background’ radiation left over from the Big Bang is a frigid –273 °C. When the Universe was a lot younger, some 380,000 years after the Big Bang—when space first became transparent to radiation—it was much hotter, around 2,700 °C. A better nickname describing the bright orange colour of that young Universe would be ‘Cosmic Strawberry Frappuccino’.

What will happen next to our ‘cosmic latte’ Universe? Gradually, bluer and more massive stars will die first, leaving redder stars to shine until the end of time. If we could still observe the Universe in the distant future, it would be dark, really frigid and, above all, deep red: a ‘Cosmic Cabernet Sauvignon’.

(left) ‘Cosmic latte’: today’s colour of the Universe. (NASA) (middle) The colour of the young Universe, showing structure in the ‘cosmic microwave background radiation’ left over from the Big Bang. (Planck/IPAC) (right) The Sun will turn deep red by the end of its life, when it becomes a red giant star that will eventually engulf the Earth (Fsgregs, CC BY-SA) 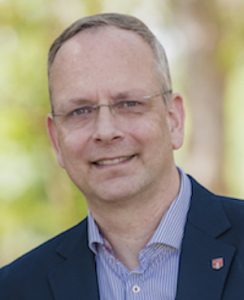 Richard de Grijs is an experienced astrophysicist who currently hails from Sydney, Australia, where he joined Macquarie University in 2018. Born and raised in the Netherlands, his successful career has allowed him to enjoy vibrant research environments at the University of Virginia (USA), the Universities of Cambridge and Sheffield (UK) and Peking University in Beijing, China. He received the 2012 Selby Award for excellence in science from the Australian Academy of Science, a 2017 Erskine Award from the University of Canterbury (New Zealand) and a 2017 Jan Michalski Award from the Michalski Foundation (Switzerland).