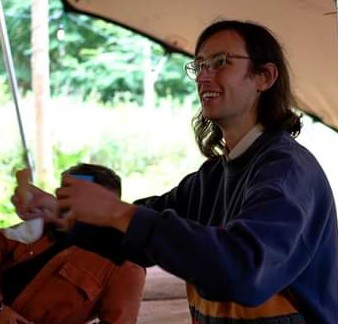 Posted at 12:10h in blog by John Mellerio
Share

A few of our preferences get buried to the level of our identities. They become more a fixed part of who we are, less how we think or act; more about what the world evokes in us, and less what we evoke in the world. Sexual orientation, religious and political beliefs, each are bundles of preferences that fit into the deeper recesses of the self and contribute towards this foundation of identity. ‘I am bi’; ‘they are Muslim’; ‘he’s a Labour man’: these are expressions of preferences where historical forces of struggle have packed them together more densely and forced them downward, where they are harder to reach and mess around with.

There are other preferences where this is not the case at all. They stay at or near the surface, where they can be rearranged or disposed of. They are judged to be entirely within our conscious control, if not prone to whim. You can tell what these are because we use the word ‘favourite’. Our favourite TV show, our favourite flavour of ice cream, our favourite place to go on holiday – for some reason most teachers in French class only resort to these three, but there are others. ‘Favourite’ is the word for the things which, of the many treasures brought to the foot of our thrones, we have delighted in and granted our favour to. The implication is, as lords, we can reassign that favour at any time.

Colour is a bit different. The way we talk about our colour preferences, as ‘favourites’, suggests they bear no more relation to identity than other things. And yet, there’s something fixed about it. In the March 2008 editorial for Qualitative Health Research, Janice Morse lists a long range of demographic data she has seen in research studies, some that we would recognise as having some sort of relation to identity – ethnicity, sex, disability – and some not, such as number of children. She concludes: ‘In fact, the only descriptor I have never seen is favorite color.”’ She’s making a wry comment about the endlessness of potentially relevant variables, but her choice of silly example says something. Our favourite colour is stable enough that it could be, and often is, used to say something deeper about ourselves. Rarely so deep as to pertain to identity (unfortunately I’m not going to start describing myself as ‘green’), although occasionally the link can be made, as in football. So our favourite colour is certainly visible from the surface, but is perhaps half buried or very heavy, and can only be moved with great force. An ungainly diplomatic gift, perhaps, from a powerful neighbour whom we cannot afford to offend.

That’s how it feels to me anyway. I’ve changed my favourite colour only once, around the age of 12. Climbing down near the end of a long walk on a rare clear day in the Lake District, my fatigued eyes suddenly refocused on the pastural patchwork before me: that green. The colour was singular. The shades were countless but the colour was of a whole, unified quality. I’m tempted to continue on my lyrical, sub-par transcendental vein, but the truth is I wasn’t carried away any further than that. I was moved to make a sober decision about where my favour lay. ‘I’m wasting my time with blue when there’s all this green about’, I thought to myself. ‘My favourite colour shall now be green’. It hasn’t changed since then. I know the possibility of changing my favourite colour is there, but somehow I also know it’s a change that has weight. Changing it would have to be in the face of dramatic personal experience, as it was before, or it would have to indicate something about me, perhaps hint at my identity. I also now live in Hibernian F.C. territory.

Curiously, only women responded to my extremely scientific question broadcast scientifically on social media, ‘have you ever changed your favourite colour?’ One said ‘level 1 feminism [is] yellow power ranger… level 2 is allowing yourself a favourite colour that isn’t pink or purple.’ On the other hand, a friend said they always said blue, having been labelled (rather than say, chosen to be) a tomboy: ‘At some point I allowed myself to wear skirts and let myself say pink is my fave colour.’ Another hinted at the personal depth of colour favouritism in a less gendered way: ‘a big orange fan but age 7 added “+ purple” to fit in’. Our favourite colour is of such significance it will affect our social standing if we don’t do something about it, even if that means fudging it and going for two. Perhaps a public and then a private one we run to afterwards and whisper, ‘don’t worry, I didn’t mean it’. Most changes seem to have happened in childhood or early adolescence, but one made a deliberate adult choice that I still puzzles me – the switch from green to yellow ‘seemed important energywise’. Others don’t fit neatly into my courtly metaphor of decision making – they trace their shifts as evolutions from one colour to the other, unable to explain the why or how. But again this speaks to the peculiar significance we accord our favourite colour, that sometimes it is not a thing chosen, but seems to move within us, in the depths.

I wonder what it would be like if we placed more of our preferences at about the depth and fixity of our favourite colour. Perhaps the effort would have us granting our favour to fewer things. We might become less obsessed with favourites, number 1s, the greatests, and turn our attention more to the qualities rather than quantities of things. Down below, we might find ways to dislodge just a little those things we have embedded deep into ourselves, which sometimes threaten to narrow our vision and and belief in what is possible for us and others. 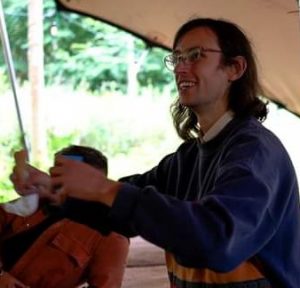 Esmond is a planner and occasional writer in Aberdeen, currently working on a comprehensive review pamphlet of its chippies.